Home > Car Care > When do the control arms need to be replaced?

When do the control arms need to be replaced?

Control arms in a car are vital parts of the front suspension. If a control arm is worn out or damaged beyond what a car manufacturer considers acceptable, the vehicle is deemed unsafe to drive.

Lower control arm in a MacPherson strut layout.
In recent years, the quality of front end parts, including control arms, has improved, but they still fail. Even some modern electric cars have problems with control arms and other front end parts, so local auto repair shops won't go out of business anytime soon.

How a control arm works: In the front suspension design with MacPherson struts common in modern cars, there is one "lower" control arm on each side, see the illustration. The inner side of the arm is attached to the subframe or body via rubber bushings to dampen road noise and vibration. The bushings provide pivot points, allowing the control arm to swing up and down as the vehicle drives over bumps.

The outer end of the control arm connects through a ball joint to the steering knuckle, the part that carries the front wheel. A stabilizer (sway) bar connected to both lower control arms or struts keeps the car stable in turns. See this illustration of the front suspension. In most cars, a control arm has an A- or L-shape design, that's why it is also known as an A-arm. In some cars, a control arm is a single beam, see the photo.

In a double-wishbone ("double A-arms") layout (in the image), the steering knuckle is held by two, lower and upper control arms.

In either layout, control arms are very important components. If a control arm fails, the safety of the vehicle is compromised.

If a control arm needs to be replaced, especially if it happens soon after the warranty has expired, check with a local dealer if it there is a recall or extended warranty, as it's a safety item. In recent years, several car manufacturers have issued service campaigns, warranty extensions or recalls to cover failed or rusted control arms. Even if it's not covered, and you have to pay for the repairs, keep the receipt. If there is a recall in the future, there is a chance that a manufacturer might offer a reimbursement.

The choice of whether to replace only a ball joint or bushings or the entire control arm often depends on the price, the overall condition of the arm and part availability. What is more cost-effective?
Advertisement
Prices to replace one control arm in a car or medium-sized SUV vary from $220 to $530. This repair is more expensive on larger SUVs and pickup trucks: $520-$890 for one control arm. If a sway bar link is seized and cannot be removed without damaging it or it's not in very good shape, it's usually replaced together with a control arm. A sway bar link is not expensive ($15-$30 for the part). Read more: When to replace sway bar links. Due to the importance of a control arm for safe driving, we recommend using only high-quality parts. Cheap knock-off control arms, ball joints and other suspension components are known to fail prematurely.

After a control arm is replaced, in most cases, the wheel alignment needs to be performed to bring the steering and suspension angles back to within the specifications. It is not necessary to replace both lower or both upper control arms if one is bad, but often they wear out at roughly the same mileage. If one control arm is bad and the other is on its way, it makes sense to replace both arms at once. This way, you only need to do the wheel alignment once. The key question to ask your mechanic when deciding on repair options is "will my car be safe to drive?" 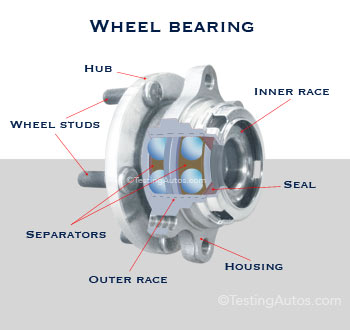 What are the symptoms of a bad wheel bearing? 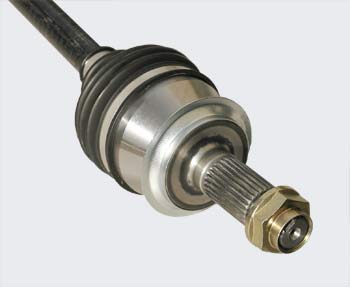 When does a CV axle need to be replaced?