Looking for a sporty but practical daily driver for under 15K? We only included cars that are fairly easy to find on the US used car market within a price range of $10,000 – $15,000.

2009 Acura TL.
Acura TL combines sportiness and luxury in a well-rounded package. The TL is a mid-size front-wheel drive sedan with an upscale interior and 270-hp V6 engine. The 2009-plus TL offers more power and available AWD. The SH-AWD TL models are rare, but very fast; the 0 to 60 mph time is around 6 seconds. Acura TL requires premium gasoline and parts are expensive, but it's very reliable. Crash-test ratings are good too. The 2007 3.2-liter Acura TL is rated at 18/26 mpg city/highway. Acura RL is a very similar car, although it's harder to find.

2008 BMW 335i Coupe.
The 3-series is a best-selling luxury car with a classy interior and strong engine. Thanks to its compact rear-wheel drive platform, the 3-series offers an unmatched driving experience, but be prepared to spend more on repairs and maintenance. It also needs premium gasoline. The 3-series comes as a sedan, wagon, coupe or convertible with rear- or all-wheel drive. The 330i offers the most power without turbochargers. The 2009-plus 328i is rated better for long-term reliability. If you don't mind the higher maintenance costs of a turbocharged engine, the 2007-2010 twin-turbo 335i does 0 to 60 in 5.2 seconds.

2005 Infiniti G35.
Infiniti G35/G37 is often mentioned as a more affordable alternative to the BMW 3-series. The G handles well and has plenty of power. It's available as a sedan or coupe. The G35/G37 has a rear-wheel drive platform and comes with a 3.5L or 3.7L V6. The AWD option is available in sedan models. Infiniti G35/G37 is reliable but parts are expensive. Some models require premium gasoline, others can run on regular. The G37 accelerates from 0 to 60 mph in 5.2 seconds.

2006 Volkswagen GTI.
The European hot hatch VW GTI is arguably the most fun-to-drive compact car. For under 15K you can find the 5-th generation GTI powered by a 2.0L direct-injected turbocharged FSI engine. It comes as a front-wheel drive 3- or 5-door hatch. The Golf R32, although rare, also should not be excluded. The R32 has a 3.2L VR6 engine with all-wheel drive. The reliability is questionable, but the interior quality and fun factor should make up for this. The variety of available mods is another plus.

2009 Ford Mustang GT.
The iconic Mustang is widely available for under $15,000. The Mustang comes as a coupe or convertible; it rides on a rear-wheel drive platform with struts in the front and a solid axle in the back. Powertrain choices include a V6 or V8 and a manual or automatic transmission. The 2005-2010 Mustang is rated well for reliability and most of the trims can run on regular gasoline. The 0 to 60 times are 5.6 seconds for the GT (V8) and 6.6 seconds for the V6 (for 2010 model). The 2010 V8 Mustang gets 17/23 mpg city/highway.

2010 Mazda 3.
The Mazda 3 is a sporty compact car that offers a stylish interior and responsive handling. It comes as a front-wheel drive sedan or wagon. The Mazda 3 "s" model offers a low-maintenance 2.5L engine that provides plenty of power for a car of this size. The top GT trim level is well equipped, including heated leather seats and a premium Bose stereo. Mazda 3 is very reliable and won't cost a lot to maintain. It's also the most fuel efficient car on this list and it will happily run on regular gasoline. The 2010 2.5L Mazda 3 auto gets 22/29 mpg. The 0 to 60 time is 7.4 seconds for the 2.5L engine.

2007 Lexus IS.
The 2001-2005 IS has a rear-wheel drive platform with a 3.0L inline-6 engine, similar to the last generation of the Toyota Supra. The IS 300 was offered with a manual or automatic transmission. Redesigned for 2006, the Lexus IS got the 2.5L and 3.5L V6 engines and an available all-wheel drive. The Lexus IS interior is tight. In terms of handling, the IS is not as good as the BMW 3-series, but it's a very reliable upscale car. Like other luxury cars, the IS needs premium gasoline and parts are expensive.

2006 Honda Civic Si.
The Civic Si is a very solid, reliable small car. If you like performance mods, there is no better candidate. The Civic Si is available as a sedan or coupe. It comes with a high-revving 197-hp 2.0L i-VTEC engine and only a 6-speed manual transmission; no automatic was offered. The 2009 Honda Civic Si is rated at 21/29 mpg, but requires premium gasoline. All Civic models except the 2006 coupe have good safety ratings.

2007 Subaru WRX.
Not that many of them are available, but this 91-octane turbocharged Subie is a true sports car and if 230 horsepower is not enough, it can be easily modified. The WRX has a turbocharged 4-cylinder boxer engine and standard all-wheel drive. The Subaru AWD system is one of the best out there and works well in snow. The Impreza WRX is available as a sedan or wagon. The 2007 stock WRX does 0 to 60 in around 6 seconds. We even found a few WRX STI models within this price range.

2008 Nissan 350Z.
We ran the poll among our readers that offered to select one more car. The "Z" picked up most of your votes. The Nissan 350Z/370Z is a small, fast rear-wheel drive V6-powered two-seater available as a coupe or convertible. It's a bit front-heavy and the interior is tight, but the reliability is above average. The 2010 370Z sprints from 0 to 60 mph in 4.7 sec.
Mitsubishi Lancer Evo IX, Ralliart X came second. The 2010-plus Hyundai Genesis Coupe won the third place in our poll.

Honda S2000 – hot small roadster, but hard to find and not very practical.
Hyundai Genesis Coupe – rear wheel drive coupe with a 2.0L 4-cylinder turbo or 3.8L V6 engine. Currently not many are available for this price.
Mazda MX-5 Miata – great little two-seat roadster. It's widely available, reliable and easy to maintain, but not very practical for daily commuting.
Advertisement
You can spot a 6-foot-plus driver by a bump in the soft top.
Dodge Challenger 2009-plus – excellent cruiser, but not many are currently available for under 15K.
Dodge Charger – sporty, but not very reliable.
Mitsubishi Lancer Evo/Ralliart – either one is very rare to find: we only found a few Evo IX and several 2009-plus Ralliart models.
Chevrolet Camaro – few 2010 models are already available for under 15K, but the visibility issues make it not very practical.
Cadillac CTS – mid-size luxury sports car. Reliability is not the best, but crisp styling and upscale interior make it very appealing.
Porsche Boxster – very few are available within this price range.
Mazda RX8 – perfectly balanced, handles like a dream, but the rotary engine has no low-end torque and is too sensitive to driving style/poor maintenance; parts are expensive too. Anyone who drives it has to know how to de-flood the engine.
Acura RSX – we have already included the Civic Si, which is a very similar car. 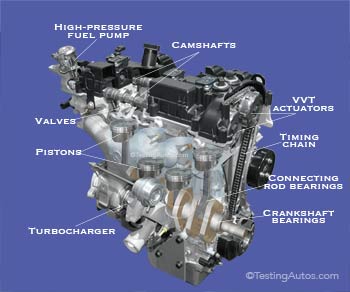 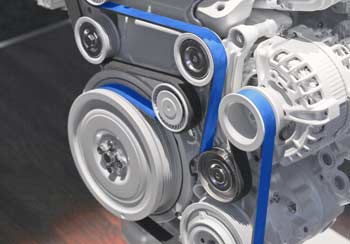